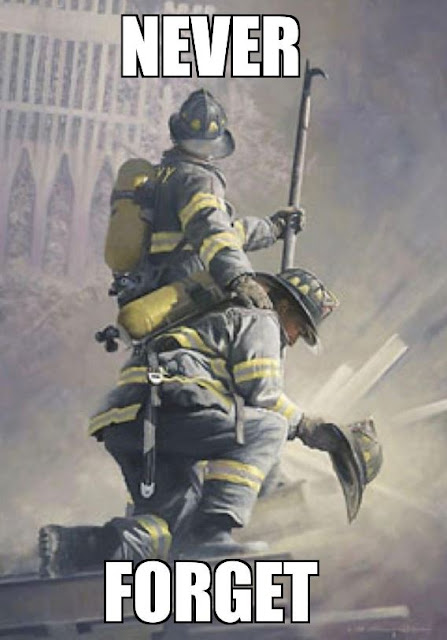 CLINT was unavailable to do the show. But instead of canceling, BZ decided to dedicate the show to the 18th Anniversary of 9-11-2001 with numerous audio cuts.

BZ also asked that people call into the show and express their thoughts and emotions on the day.

Here is the audio portion of the show as featured on Spreaker. Click on the yellow arrow.

Facebook, however, decided to eliminate the 9-11 Tribute Show entirely, with no explanation.

Apparently "some people" were disturbed by its content. Let's be frank. Muslims. The same persons who committed the heinous acts on 9-11-2001.

This is our world now, where Leftists, in concert with the religion that wishes to eliminate all of, essentially, Western Civilization, work hand-in-hand to eliminate history and replace it with whatever it is that either Islam wants, or perhaps simply to poke a massive social media finger into the eye of Conservatives and SHR.

This our world now. It will get worse before it gets better.

I have had to write this post quite a number of times now, mostly to eliminate the words I used to vent the emotions I felt upon Facebook's wholesale removal of history. History that disturbs "some people."

My shows, SHR shows, will continue.

As written. As spoken.