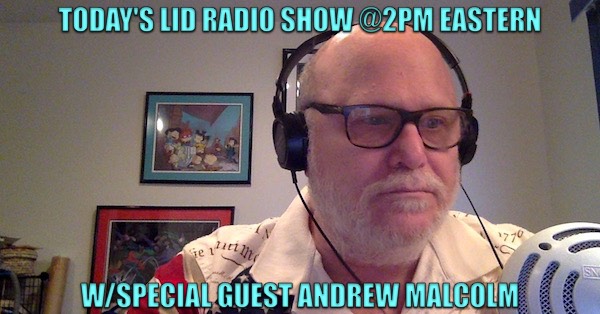 Thirteen and 832, two important numbers for today's show. There are 13 days left until the election, and to give the best perspective on the next two weeks our special guest this week will be Andrew Malcolm veteran national and foreign correspondent, editor, editorial writer and blogger, who’s spent nearly four decades working for U.S. newspapers and another eight years in government and politics. Today he is a National Politics Columnist for McClatchy Newspapers and one of the most influential voices on Twitter.

So be sure to tune in at 2pm Eastern by clicking on these SHR Media network or High Plains Talk Radio links.

Malcolm is the perfect guest to have on during a political campaign because he’s done it all on both sides.

Andrew was designated by Ed Morrissey as “the prince of twitter,” because of his large following and must read posts.
And by the way, if you do not follow Andrew on twitter, you are doing yourself a major disservice. His handle is @ahmalcolm, and take my advice and follow him right now. And bookmark the McClatchy Newspapers site so you can read Andrew’s columns.

BTW the 832 is the number of days until the 2019 Iowa Caucuses--when we start doing this all over again. 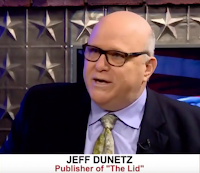 Today’s Lid Radio show at 2PM EDT is going to GREAT, so make sure to listen clicking on the SHR Media, or the High Plains Talk Radio links.

And make sure come into the chat room to ask questions or comment. Oh and along with the Lid Radio show every Wednesday (Repeated on Monday and Friday) on SHR Media and High Plains Talk Radio I can be followed @yidwithlid on twitter, on my site Lidblog.com , on Facebook, and in the Jewish Star newspaper.

See you on the Lid Radio Show at 2PM Eastern.