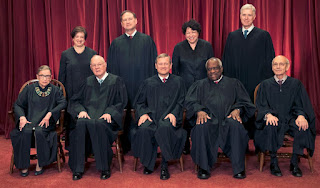 by Stephen Dinan --The Supreme Court said Monday that most of President Trump’s travel ban executive order can go into effect, delivering the first major victory to the new administration on perhaps his most controversial policy to date. 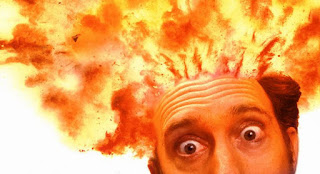 Fig. 1: Leftist heads exploding all across the United States.
The US Supreme Court wrote today, in part:

To begin, we grant both of the government's petitions for certiorari and consolidate the cases for argument. The clerk is directed to set a briefing schedule that will permit the cases to be heard during the first session of October.

To continue with a further explanation from the Washington Examiner:

Justices said the lower court rulings that blocked Mr. Trump’s policy were far too broad, and said the president can begin to enforce his ban against foreigners who don’t already have some ties to the U.S. That means the president can begin denying visas to visitors from six countries — Iran, Libya, Somalia, Sudan, Syria and Yemen — who don’t already have family in the U.S., or some other prior connection such as participation in an education program. Mr. Trump is also free to halt refugee admissions worldwide, with the same exception for people who already have a connection to the U.S. The justices said Mr. Trump is at the peak of his powers when acting on national security concerns in immigration matters when dealing with people who don’t already have a tie to the U.S. The court’s ruling was issued in an unsigned unanimous opinion, though Justices Clarence Thomas, Samuel A. Alito Jr. and Neil M. Gorsuch said they would have gone further and lifted the entire injunctions.

Let me be blunt. The US Supreme Court has essentially told the 4th and 9th District Courts of Appeal their rulings are illogical -- and of course they were. They were, as I termed them, fake law.

This is a massive win for Conservatives and President Trump, and a massive loss for Demorats and Leftists. Gorsuch was a win. This is a win.