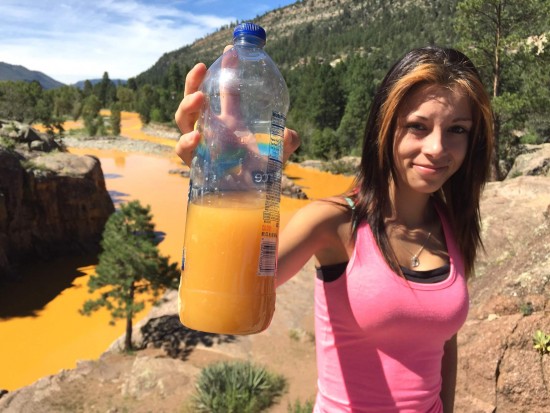 People are eschewing tap and bottled water in favor of an icy cold glass of untreated spring water — so-called “raw” or “unprocessed” water — which proponents say has beneficial minerals that are removed from treated or filtered water, and doesn’t include chemicals in tap water, such as fluoride, or move through infrastructure such as lead pipes.

Some are paying a lot more for the luxury of drinking water that might not have fluoride but could still have chemicals from pesticides and dangerous bacteria. Also animal poop.

The “raw water” trend — such as it is — fits into a larger movement that, first, embraces everything “natural” as healthy, and second, creates savvy entrepreneurs who find ways to make a lot of money from it. The Times article doesn’t offer much detail on how many people are embracing this fad and actually buying and drinking overpriced, untreated spring water. But unproven, unscientific “cures” are a growth market — and debunkings often have little effect.

True believers in “raw water” probably won’t be convinced. One of the companies mentioned in the Times piece said there’s already been a surge of demand. But at the risk of shouting into the void, we’ll say it again: Drinking untreated spring water is a very, very bad idea.[…]

Now startups are capitalizing on the trend and selling “raw water.” Live Water bottles its water from a spring in Oregon, and the Times notes a few other startups — including Tourmaline Spring, based in Maine, and Zero Mass Water, which caters to people who want to collect water from the “atmosphere around their homes.”