Waffle House Shooter Was Arrested By The U.S. Secret Service For Being In A Restricted Area Near The White House In July Of 2017 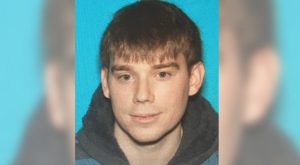 A naked gunman opened fire at a Waffle House in Antioch, killing four people and injuring four others.

Police identified the gunman as 29-year-old Travis Reinking from Illinois. It’s believed he moved here in the fall of 2017.

Here’s what we know about him so far:

1. He is from Morton, Illinois, but is currently living at an apartment complex called The Discovery at Mountain View near the Antioch Waffle House.

The truck he was driving is registered to him out of Morton, Illinois

2. Metro Nashville Police officials reported that he has had interactions with Morton Illinois Police Department and with the Federal Bureau of Investigation.

Reinking was arrested by the Secret Service after he was found in a restricted area near the White House in July 2017. He was released.

He was later interviewed by Tazewell County, Illinois authorities and the FBI, and his Illinois firearms authorization was revoked. Four weapons were seized by authorities, including the AR-15 used in the Waffle House shooting.

Police received information that the guns were returned to Reinking’s father.

Reinking’s father has acknowledged giving them back to his son.

Two of the four guns remain unaccounted for. (One was found at the scene, and a second was found during a search of his apartment.

Read more......
Email ThisBlogThis!Share to TwitterShare to FacebookShare to Pinterest