Removing Marx from the Urban Classroom: The First Real Reform to Liberate the Inner-City 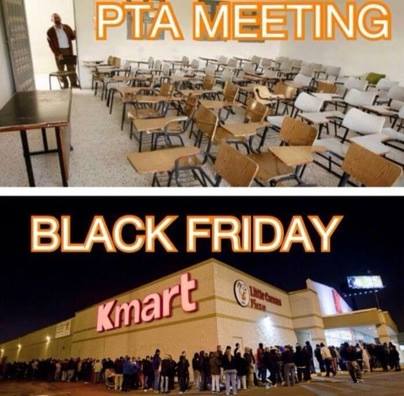 American Patriots are lauding the recent electoral presidential campaign results as a spirited revolution against the reigning Marxist regime.  As the Socialists scurry to raise popular vote recount monies in states like Wisconsin and Michigan and the Commonwealth of Pennsylvania, the rest of our Nation has presumed that the next President of the United States of America, Donald J. Trump, will, beginning in January 2017, release the hounds of capitalism upon the Earth.  Providentially, we have watched the fleeting hold of central planning in Great Britain, the fervent rise of staunch conservatism in France, the rejection of open borders in Germany and the utter demise of the statist Fidel Castro.  Liberty has become the calling card of emancipators around the world.  Such freedom provocateurs have left their totalitarian occupiers dazed in grief and wondering, amidst their riotous living: "How did this happen?"

The Socialist-Democrat Party of the United States, built on the adage of "divide and conquer", is left broken by its divide and wounded by its drubbing.  Their existence is so fragile that the Party of Andrew "Death Marches" Jackson is left to choose between “Louis Farrakhan’s first Congressman” Keith Ellison and Congresswoman Nancy "But we have to pass the bill so you can find out what is in it, away from the fog of the controversy" Pelosi for its leadership.  From state houses to federal leadership posts throughout the United States, the Progressives (BKA Regressive Marxists and Anti-Classical Liberal Tyrants) have been shown the exit from executive, legislative and judicial offices.  Their influence has been rightly ridiculed and authority reduced to nominal significance.  Their failings to secure the financial sovereignty and security of the Nation in lieu of Quixotic wars on poverty, self-defense, the Republic and its citizenry illuminate their drunken state of governance.  The Marxists and Socialists that compose the New Left point to healthcare and education as places of penultimate achievement.  Their assault on healthcare has left millions with healthcare access to no doctors, no hospitals, a limited number of health care plans and even less catastrophic care for those in need than offered prior to Obama Care.  Their assault on education has left many a student behind with centralized planning education from Washington, DC or Jumbo loan sized mortgages against their collegiate studies leaving them either slaves of the Treasury or perpetual impoverished graduates.

The Inner-City has been in mourning since Tuesday, November 8, 2016.  Urban America, citadels for radical leftists and mythological reforms, has chosen this time to discern whom should rightly be blamed amidst the Triumph of Donald Trump.  Is it white women that  demur to men and not vote for a woman?  Is there separation between white women and black women over abortion?  Is it because Hispanics chose Donald rather than Hillary?  Was it the power of people that sought to vote their Faith rather than their identity?  It is truly amazing that the Friends of Lenin prefer to use a telescope to defame their utter loss rather than a mirror to comprehend their utter conquest.  Simply, whether it be Mao, Castro or Clinton, the legends of Marxism and socialism have watched over the decadence of cultural condemnation while they enrich themselves and patron those that kiss their ring in solidarity of ruler-ship  rather than representation.  According to National Review, "The Leninist rationalization was, 'You have to break some eggs to make an omelet.  George Orwell memorably replied, 'Where’s the omelet?'  There is never an omelet."  The people, fouled by the agency of the elite, no longer could wait for the tangible results of fairy tale economics.  This hurts, so turn your head anti-classical liberals.  The people chose capitalism over socialism. 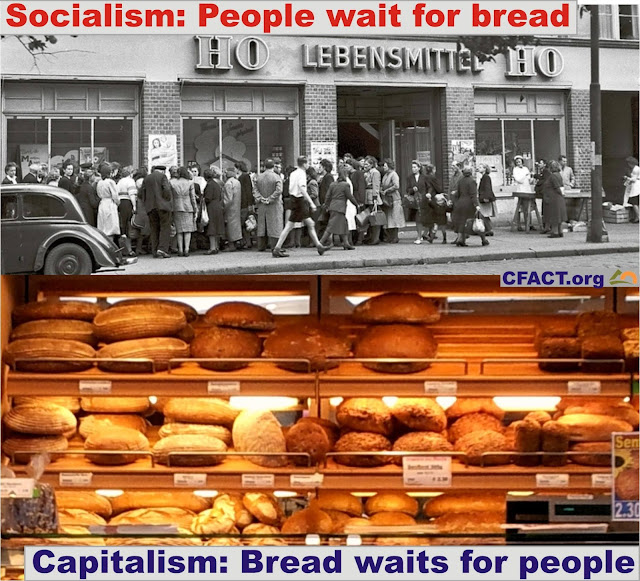 Why does this matter?  For seventy years, our Urban American educational centers have been converted into state parenting centers producing men and women of the collective rather than pioneers in business and individual rationale.  Stephen Ronald Craig Hicks, Center for Ethics and Entrepreneurship Director, writes:.

"In education, postmodernism rejects the notion that the purpose of education is primarily to train a child's cognitive capacity for reason in order to produce an adult capable of functioning independently in the world.  That view of education is replaced with the view that education is to take an essentially indeterminate being and give it a social identity.  Education’s method of molding is linguistic, and so the language to be used is that which will create a human being sensitive to its racial, sexual, and class identity.  Our current social context, however, is characterized by oppression that benefits whites, males, and the rich at the expense of everyone else.  That oppression in turn leads to an educational system that reflects only or primarily the interests of those in positions of power.  To counteract that bias, educational practice must be recast totally.  Postmodern education should emphasize works not in the canon; it should focus on the achievements of non-whites, females, and the poor; it should highlight the historical crimes of whites, males, and the rich; and it should teach students that science’s method has no better claim to yielding truth than any other method and, accordingly, that students should be equally receptive to alternative ways of knowing."

It matters because our children, grandchildren and great children of the inner-City have been groomed to exist in a society in which Che Guevara, Castro and Socialist Republic of Vietnam's Nguyen Xuan Phuc level the playing fields of culture so that life is "fair".  Life is just, not fair.  While we are a capitalist Nation, inner city leaders, unionized teachers and central planning administrators have fought to raise students that would live in protest against free-market principles and await the glad tidings of gracious government.  Yet, the results have been less than spectacular.

"As part of FRONTLINE's research and reporting for "The Two Nations of Black of America," A.J. Robinson, a researcher in statistics, analyzed economic data over the past three decades. Using charts and graphs, he shows how lower class blacks have fallen behind with respect to economic or social movement. He also details the misconceptions about the black middle class. Contrary to widely held views, it is not the fastest growing segment of the black population; in fact the black middle class has been steadily declining since 1970."

If your inner-city unemployment rate is the same for all races, genders and creeds then, please raise your hands.  I thought not!  As many have propelled others to accept the social justice initiatives of the Left, those that were to most benefit have been the greatest losers.  Choosing careers that produce income disparities while rejecting entrepreneurial pursuits that would create jobs has been the voracious design of the Marxists and socialists.  Marxist May Wood Simmons, in 1901, wrote: 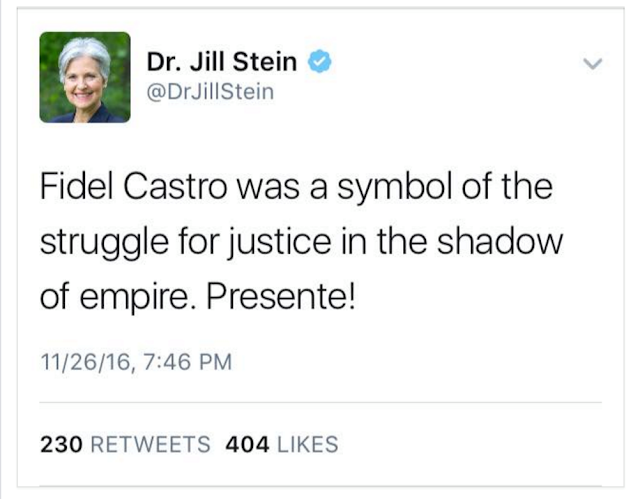 "The terms freedom or free will in Marxist psychology indicate our liberty to choose the type of society that will in turn determine our behavior; it does not mean we choose our own behavior.  Thus, when we are not exercising our free will to choose our society, we are being controlled by our situation or environment.

Marxists hold society responsible to regulate us.  This regulation exposes us to the proper stimuli that will elicit the proper behavior. This stimuli is found only in a communist society that regulates us to be faithful to the collective and to internationalism."

Urban America has been faithful to the collective at the expense of our children.  We have controlled our populations by limiting free expression in fear of offense.  We have determined the horizons of our progeny by eliminating our connection to our Creator.  We have sought to make race and gender so dynamic that we ease the pursuit of education as burden of personal responsibility.  The greatest reform that we could make as an Inner-City is to remove Marx and Horace Mann from our educational system.  Open the windows of free thought and the provocation of scientific advancement.  For the citizenry, we begin to see education not as a crutch for the prosperity of Nation but wings for the exploration of the expanse of our stewardship.  Liberation requires us to first free the student and our Nation will follow. 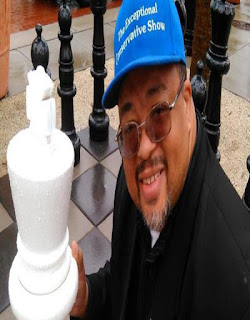 News Is Happening Everywhere At All Times.
History Is Being Made With Every Passing Moment.
The Exceptional Conservative Show®
Never Stops Covering the News That Impacts You and the
History Made Around You Daily.
Thanks For Making
The Exceptional Conservative Network
Your Media Choice Today.
Visit Our Facebook Page and Like Us!  SHARE Us with Your World.
Make TECS® Your Story!
Email ThisBlogThis!Share to TwitterShare to FacebookShare to Pinterest