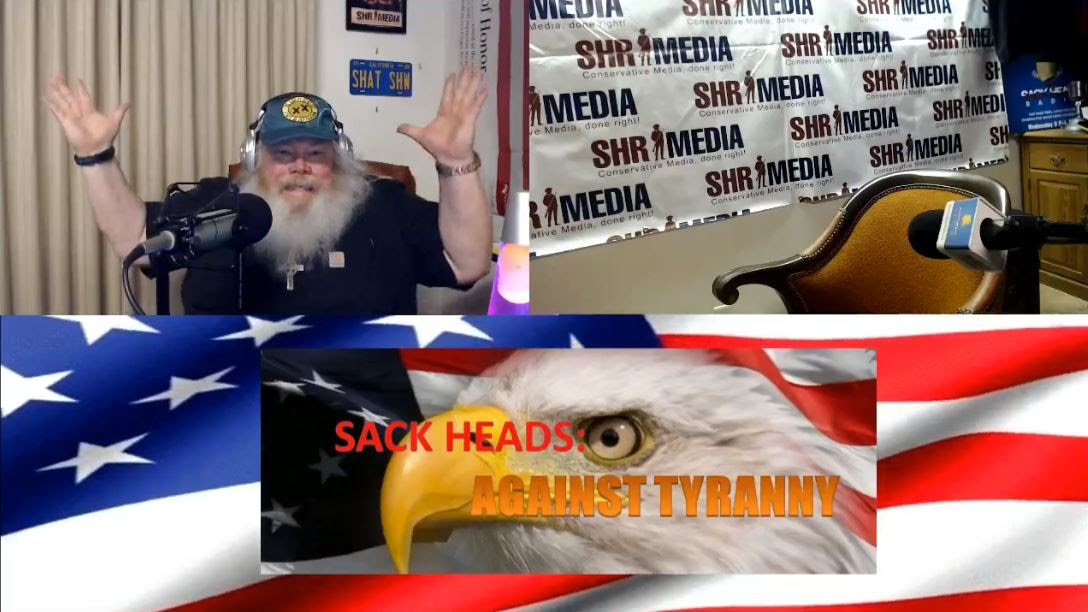 The Sack Heads Radio Show on the SHR Media Network is no more; in its stead — same time and day — is the Sack Heads: AGAINST TYRANNY Show (an actual SHAT Show) helmed by Sack Heads Clint and Sack Heads BZ. As one would expect, Clint and BZ tore through the gristle of today’s screaming headlines and ripped out the sinewy Tendons of Truth ensconced within, all from the Hoary Streets of Shatramento, Fornicalia, exposing the trembling toadies, sniveling jackanapes and fripperous fopdoodles infesting Leftist and Progressive ant farms nationally.

Featuring the effervescent contrarian Sack Heads CLINT, plus the unrestrained bulbosity of the ZEPPMEISTER — doubling your late night Conservative talk show pleasure with double the hosts — elements that, when combined, produce delayed borborygmus and, in some cases, true elegance. Some contents may have settled during shipping. Member FDIC. Batteries not included. Warranty void in Montenegro.

Tonight Clint and BZ talked about a veritable gaggle — no, a shrewdness, a murmuration, an obstinancy, a warren, a pandemonium, a gaggle, a muster, a covey, an unkindness, a maelstrom, a knot, a shiver, an intrusion, a smack, a hive, a prickle, a cauldron of topics partially (but by no means fully or robustly) to include: 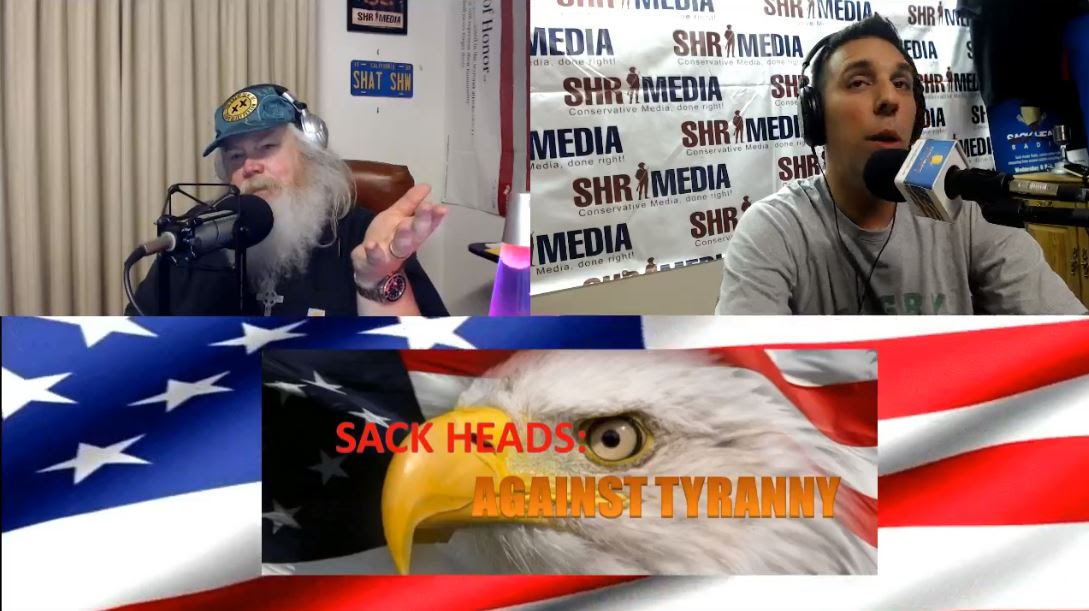 Listen to "Sack Heads: AGAINST TYRANNY, Wednesday, 8-8-18" on Spreaker.

For DISH subscribers: your Hopper has recently been wired to play YouTube videos. You can now toss the SHAT Show onto your massive flatscreen TV and watch Clint and BZ in all of their late night freedom-and-liberty-loving goodness!

Instead of Facebook, you can watch the show on PERISCOPE and USTREAM -- all streaming concurrently in one big simulcast from the SHR Media sumptuous and palatial studios.

BZ asks to remind everyone that the hosts only monitor the Shat Room at SHRMEDIA.COM — though there are Shat rooms on Facebook and YouTube. We can only monitor one Shat room at a time so, please, we ask that you partake of the SHR Media Shat room. Heavy sigh: if only BZ had a producer who could monitor them all.

Thank you one and all for listening to, watching and supporting the SHR Media Network: “Conservative Media Done Right”! 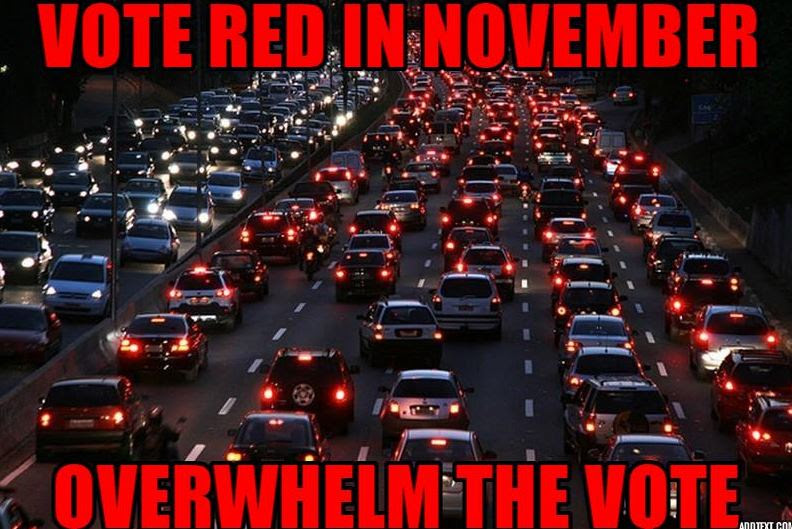