Taking up where the original Sack Heads left off -- and honoring their origin with its intro song -- CLINT and BZ tear through the gristle of today's screaming headlines and rip out the sinewy Tendons of Truth ensconced within, all from the Hoary Streets of Shatramento, Kalifornia, exposing the trembling toadies, sniveling jackanapes and fripperous fopdoodles!

Featuring double the hosts for double your money, Contrarian CLINT and the Bulbous BZ deign to go where no other mortals tread.

Member FDIC, batteries not included, some contents may have settled during shipping. Sorry, we don't take American Express or personal checks. This is an exhibition not a competition, so please, no wagering. Find all the shows at SHRMEDIA.COM. 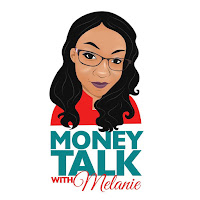 Guest interviews include entrepreneurs, CEOs, authors, great economists, movers, shakers and politicos who are experts in all of their various fields. Melanie spares no focus and provides great insight into all aspects of personal financial management.

Melanie has been an educator for many years. She has her MPA from Marist College, and her Ph.D in Business Administration and Management, with a Specialization in Public Administration. Courses she teaches include financial literacy, accounting, sports marketing and computer applications. She is currently an adjunct professor at Rowan University.

Melanie is brilliant, engaging, smart, insightful, a great speaker, a perfect host. And we at SHR are vastly lucky to have her!

There is no better economist or supporter of your RIGHT to make money than Melanie!

And as she says: "this is important, because it's YOUR money." 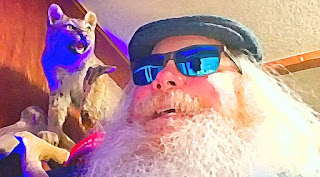 Featuring right thinking from a left brain and broadcasting behind enemy lines in Occupied Kalifornia, BZ's is one of only two shows that originate directly from the actual sumptuous, palatial and resplendent SHR Media Network studios, only two miles east from the Locus of Evil on the entire Left Coast, the capitol building in downtown Shatramento at 10th and L Streets, the Bill Mill, where late at night people can hear the wailing of the death of common sense and smell the stifling odiferous stench of sulphur and brimstone emanating therein.

A former Democrat in his tender and ignorant youth, BZ is now a Conservative first and, these days, quite a distant Republican with a dash of Libertarian mixed in for good measure.

BZ is a recently-retired (2016) US law enforcement Sergeant, having worked 41 years for the FBI, the US Marshal, a coastal Kalifornia county and 35 years for a 2,000+ officer department in Northern California.  He worked Communications, Patrol, EVOC and as Rangemaster. He's a Silverback, an Oathkeeper and always a Sheepdog.

BZ believes in God, the strength of America, the brilliance of our Founding Fathers, the valor of our military, and the need for Leadership in all forms and on every level. He is not an advocate of censorship as BZ believes everyone on the Far Left has a God-given right to be painfully stupid — as he has a right to expose said stupidity.

He was dragged, kicking and screaming, into voting for Trump. Now, consideration the options, he is firmly in the OMB camp. Trump 2020. Because everything else = Socialism. 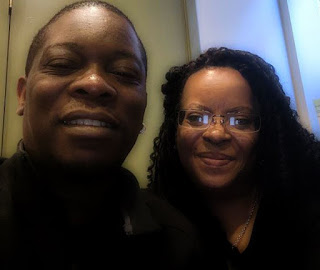 The Wright Way with Shannon & Mike

Ready for a wake up? Then join Shannon & Mike Wright every morning at 7 AM Eastern, Monday through Thursday, for a full two hours of news, recipes, information, great uplifting talk, insight into entertainment, social issues, books, sports, films, cooking, pets, last night's TV, weather, current events, the day's hot topics -- all the great things you need to start your day upbeat and well informed! They've got incredible guests too!

Listen to their show for advice on health, love, family -- or if you just need a good laugh to start your morning off right!

Shannon & Mike will give all you need to kick-start your brain, get you out the door, off to work, ready to take on whatever the day may bring! There's no better morning combo than Shannon and Mike -- their rapport is genuine, their understanding of what you need to motivate your day is too.

So, get things going The Wright Way with Shannon & Mike in the morning -- a positive, uplifting show that will make you laugh, cry, say "awwww" and also make you wonder why you didn't start listening to them months ago! They'll have you feeling like their best friend in no time!

Listen to them live on SHRMEDIA.COM.
Catch their past shows in podcast here on Spreaker audio.
Check out Shannon and Mike here on Facebook.
You can find their shows here on Player FM, and right here on Spotify.
BONUS:
Shannon Wright is running for Mayor of Baltimore in 2020. You can donate to her campaign here.
Find out more about Shannon, her campaign and her background here.
VOTE for SHANNON WRIGHT for Baltimore Mayor in 2020! 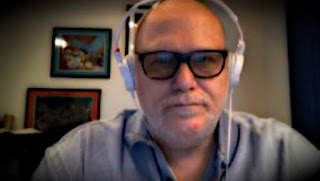 Formerly known as YidWithlid, Jeff Dunetz is one of those rare pro-life Jewish conservatives in a sea of Northeastern Leftists (Thanksgiving with his family is a real pip). Please note that, while he is pro-life today, he says that there were times when his daughter was in her teens when he almost supported teen-fanticide (if you have a teenager at home you will understand).

Jeff has been contributing to and writing on the conservative side for over fifteen years, the past ten years on his incredible personal website (see below). He also wrote for Andrew Breitbart, and is currently a weekly political columnist at The Jewish Star and Truth Revolt and has written at Breitbart, Hot Air and PJ Media’s Tattler amongst many other sites. Jeff has interviewed such luminaries as Kurt Schlichter, Marc Morano, Ken Timmerman, Dr Paul Broun, former Florida Representative and Lt Col Allen West, Project Veritas creator James O’Keefe, Helen Smith, Mark Krikorian, Barry Rubin, Jim Geraghty, Rep Lee Zeldin, Ed Morrissey, Michael Ramirez, Adam Baldwin and Jonah Goldberg amongst many others.

During that time his most famous accomplishment included the outing and subsequent firing of Helen Thomas -- yes, Jeff Dunetz is responsible for that -- exposing Obama appointee Chas Freeman as weak on terror leading to his firing and -- in 2012 -- revealing that the Democrats removed language about Jerusalem out of their platform. Unlike an Israel-supporting president we know today.

Both on-air and in-print, Jeff promises that even when you don't agree with him you will be entertained, because snark is an ingredient in everything he does and because he fears no human (except his wife who is not only smarter than him but can kick his butt any time she wants).

First and foremost, go to Jeff's website at LidBlog.com.
Jeff's Facebook page is here, and his Twitter site is here, @yidwithlid.
You can catch The Lid Radio Show archives in podcast right here on Spreaker audio.
Because Jeff is an Apple Guy, he wants you to know you can listen to his show on Apple Podcasts. 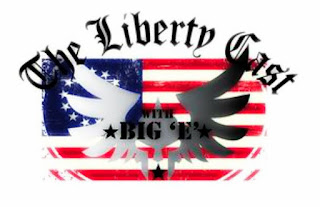 The Liberty Cast is a blog and podcast started by veteran Earl Jackson, Big E, which is dedicated to promoting love of country and respect for our Constitution -- with a very special focus on the Second Amendment because of current unprecedented attacks on its very existence.

This show has the utmost respect for our military, police, firefighters and first responders -- wonderful people who have taken oaths to serve and protect this great nation and its lawful citizens.

It respects the Stars and Stripes and for all that is stands. The flag represents a revered symbol illustrating the sacrifices made by all who have fought for and made the ultimate sacrifice in order to defend our freedom.You have either served, or you have not. Civilian, military, it matters not. But you must have served, in one way or another.

Many of our best people have come home draped in that flag.

And for that you must understand: We. Don't. Kneel.

You can listen to the The Liberty Cast archive here on Podbean.com.
Earl Jackson is here on Facebook.
Find his website here at LibertyCast.net.
Earl's wife has her own pro-female gun site at CarryGirl.com. 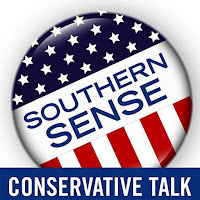 People can wrap themselves inside the Constitution, spew anything they choose to say, stick their tongue out in your face and declare you can't do anything about what they said.

Cower in silence, you abdicate your freedom and allow the bullies and censurers to win. Welcome their challenge, if your argument is strong, it will stand their tests.

If it is weak, you will learn how to strengthen it. Keep it civil, never personally attack your opponent. Keep to the central words and actions in the debated issue. Remain on point. Opponents will often alter and move the debate away from the point of contention, thus distract you.

Be ready, the truth will prevail in the end! 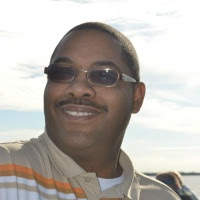 The Right Guy with Ralph J. Chittams Sr. is a syndicated talk radio show that airs on Mondays, Tuesdays, Thursdays and Fridays from 8:05 - 9:00 pm on SHR Media and TECN.

Ralph and his guests examine current events through a conservative biblical worldview. He is human by race; Christian by faith; American by nationality; and conservative by choice.

And, if on the rare occasion Ralph is ever wrong, he will always be right! 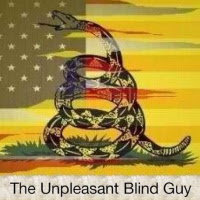 At this pivotal time in the history of the world the goal of establishment media seems to be deception, distraction and division.

It's the goal of The Unpleasant Blind Guy to bring a unique Conservative perspective to current events with a dash of libertarianism for flavor.

Describing himself as a, 'Cold War Baby' Dave Milner brings 47 years of social and political observation to his, 'no B.S. style' of commentary. 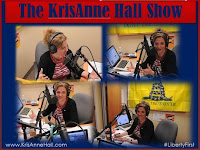 KrisAnne Hall covers the waterfront addressing contemporary topics in the context of the Constitution and the vision of our founding fathers.

KrisaAnne’ radio show and podcasts are powerful and her body of work continues to grow in leaps and bounds. In fact it is likely one of the most comprehensive library of contemporary Constitutional education and commentary you’re going to find anywhere.
Email ThisBlogThis!Share to TwitterShare to FacebookShare to Pinterest