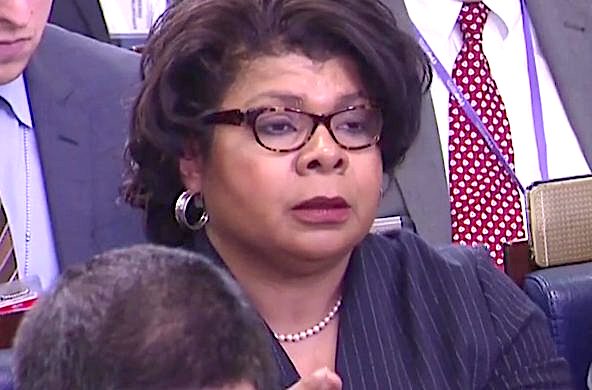 Mediaite was the first to draw attention yesterday to a questionable statement of fact made by longtime White House correspondent April Ryan. Ryan told Sean Spicer that while on the campaign trial, Donald Trump “said things like, you know, ‘We made this country,’ meaning white America, not necessarily black.” When Spicer denied he had said any such thing, Ryan insisted, “No, no, no. He said that. I heard him say that.”

Looking back at that piece yesterday, I gave Ryan the benefit of the doubt. I thought she perhaps had made a mistake and this would be quickly corrected. I even left open the possibility that I was the one in error. “I certainly don’t think there was any malice,” I wrote.

That was a mistake on my part. The American Urban Radio Networks bureau chief came out and defended herself on Twitter, posting a link to a video that she claims backs up her accusation. I simply don’t know how you could present this video and accuse the president of racist language without malice.

Here is what Trump actually said:

"We cannot let our First Amendment rights be taken away from us from us. We can’t let it. We have the right to speak, we’re law-abiding people, we’re people that work very hard.