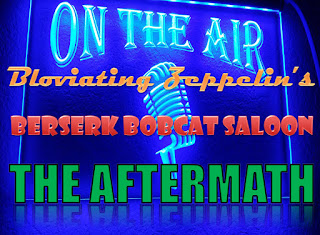 My thanks to the SHR Media Network for allowing me to broadcast in their studio and over their air twice weekly, Tuesdays and Thursdays, as well as appear on the Sack Heads Radio Show™ each Wednesday evening.
Today’s was a conflicted show. On the heels of the terrible Alexandria, VA shooting of Steve Scalise by a Leftist literally out for Republican blood, the mood of America and in the Saloon is somber.
The phone line was also open for one and all; go to SHRMedia.com, get into the chatroom, acquire the phone number and call in live. The line will likely be open on subsequent shows. You see, there are benefits to being in the chatroom plus, of course, there are great people discussing all sorts of topics there; you’re soon to make more friends.
Tonight in the Saloon:
If you care to listen to the show in Spreaker, please click on start.

Please join me, the Bloviating Zeppelin (on Twitter @BZep and on Gab.ai @BZep), every Tuesday and Thursday night on the SHR Media Network from 11 PM to 1 AM Eastern and 8 PM to 10 PM Pacific, at the Berserk Bobcat Saloon — where the speech is free but the drinks are not.
As ever, thank you so kindly for listening, commenting, and interacting in the chat room or listening later via podcast.
Want to listen to all the Berserk Bobcat Saloon archives in podcast? Go here. Want to watch the past shows on YouTube? Please visit the SHR Media Network YouTube channel here.
BZ
P.S.Another very special guest arriving next Thursday in the Saloon! Who could it be? 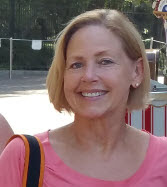