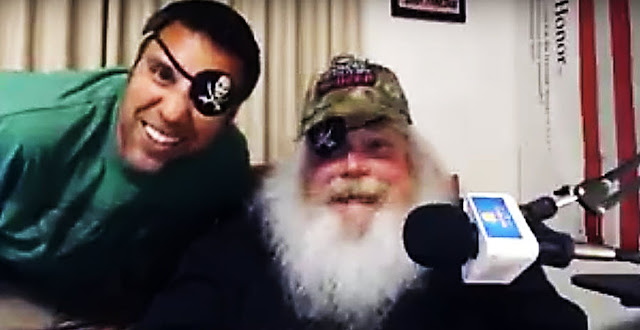 And a spectacular show it was indeed.

Unfortunately, Sack Heads Shaun could not be with us tonight as, at the last moment, he was called for a highly important recital requiring the donning of his new tutu which, as Sack Heads Clint said, was not pink but "pinkle" which is a sparkly purple-pink. Ish. In addition, Shaun donned kick pants before he left the studio so that his dangly bits were appropriately covered, a unicorn emblazoned across his rear, with the horn aimed towards the center cheekies.

Nevertheless, Sack Heads Clint and Sack Heads BZ did nothing more than what you would expect under such dire and critical circumstances: they winged it.

And wing it they did, coming up with topics that, essentially, no one had foreseen at all.


If you want to listen to the show in Spreaker, click on the yellow start button below.

Never forget that, for the best in late night Conservative talk, you need to listen to the Sack Heads Radio Show, every Wednesday night on the SHR Media Network, 8 PM Pacific and 11 PM Eastern.