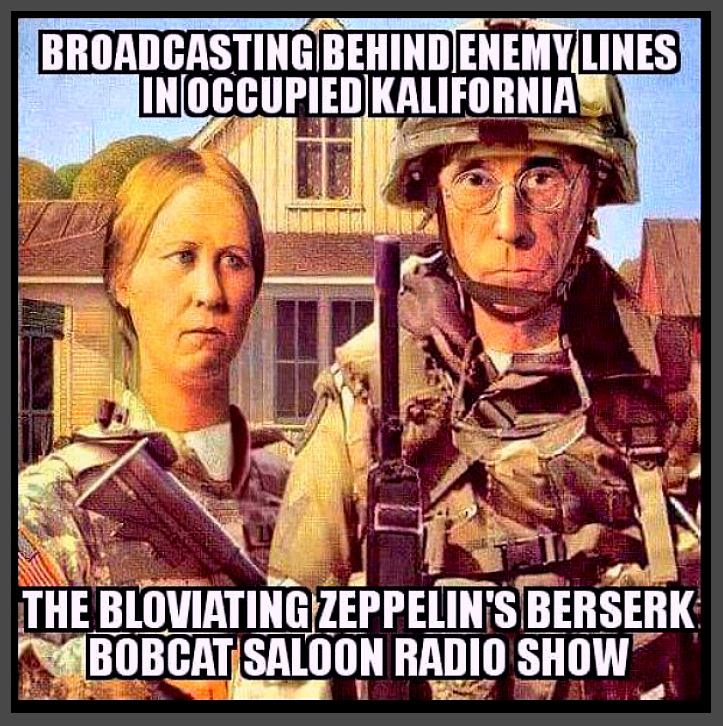 On January 17th, it was the second anniversary of BZ broadcasting on the SHR Media Network. BZ has held his show, the Berserk Bobcat Saloon, on SHR continuously since January 17th of 2017. BZ is forever in debt to the co-owners of SHR, Sack Heads SHAUN and Sack Heads CLINT for believing in me and providing me with air time, a studio and unparalleled support. God bless them for that. I had a message, and they allowed me to become something of a messenger.

Hour 1: BZ spent the first hour with The Underground Professor, MICHAEL JONES, where he spoke more about the Electoral College, Electors, why they're important, why the popular vote doesn't install the president,

Hour 2: BZ featured another article by Kurt Schlichter and opened up the phone lines to telephone calls from any and all. Plus, of course, there were Happy Stories!

If you care to watch the show on the SHR Media YouTube channel, click on the red arrow below. We kindly ask you to SUBSCRIBE to the SHR Media channel. Please NOTE: For DISH subscribers: your Hopper has recently been wired to play YouTube videos. You can now toss ol’ BZ onto your massive flatscreen TV and watch him in all of his obese, biased and politically-egregious, lamentable goodness — for free!